good times, bad times, you know i've had my share... 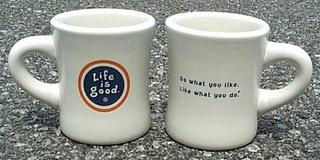 So, Dave isn't an evil monster, raving ogre as that last post sounded... he just got real, real, real upset over the whole money thing... things will work out, i know, and so does he...

The space shuttle took off yesterday morning and it brought tears to my eyes... reminds me of when i was younger and so badly wanted to go to outer space... i'm so proud of those darn astronauts and this country... we are the best! Godspeed Discovery and your seven member crew...

Ah, the heat is still an issue... my midwife told me on Monday that we shouldn't go outside really when the air is so bad. Wow! I never thought I would limit myself like this... but it is for the baby and Ashleigh and... me.

I've found this new-ish radio station called Air America... it's kind of good but the reception is terrible in the house. I love politics and all the prestige, history, honor and personalities... Hey, it's what I studied for 6 years... and after countless internships, low level jobs, volunteer positions, I realized it just wasn't gonna work for me if I wanted to "make a difference."
So, I made a difference here and here but now I make a difference here:

It's odd to me that even though I despise Rush and the like and it is refreshing to hear my viewpoints reiterated on live radio, it's disappointing to me that the hosts of the shows are so conspiratorial... not that I'm saying GW is hot spit, I'm just saying that hacks are hacks... and please, Randy Rhoades, lay off the coffee!

Ah, yes, my toe.. so, I was playing with Ashleigh and running around the house with her and smashed my left baby toe directly into the back of her rocking horse! Not just stubbed this time... it's totally bruised and red and purple and HURTS!!! Ouch to the izzoh... so, I taped it to the toe next to it and it hurts but at least it's immobile...

Well, Dave comes home from Berkeley tonight and I think this weekend we have no plans! Hurrah! Although there is a concert featuring Led Zepagain... it'll probably be the closest I will ever come to hearing Jimmy Page guitar playing live.

One more thing... if you can handle it... I made this layout after Dave got a cool mug (photo above) for his birthday... we should all remember this logo and keep it close to our hearts... with that, have a great day!
Rambled by Ann Marie at 4:07 PM