Okay, well maybe it's not that harsh but still... took us 2 hours to leave the Eagles Concert on Saturday! The concert was probably one of the best I have ever seen... better than the Who last year. Absolutely amazing... played every frickin' song... and closed with Desperado! They are beyond cool... So another one from the list has been checked off!

Dave came back from Arizona last night... so we end our Daddy-free days. Back to really figuring out what's for dinner... drats!

On the topic of food, why do people continue to eat the crap that McDonald's puts out? This drives me crazy...

I did a nutritional analysis of the fast food we eat... man, it sucks. So, we eat the following "fast foods": In N Out burgers, Chipotle burritos and burrito bols, El Pollo Loco burritos, and Rubio's Fish Tacos... I compared these foods to a McDonalds Big Mac (of which I haven't touched in over 15 years? I don't even remember when I ate one last...). Turns out that everything is crap. Too much sodium in the Mexican food along with being high in calories. The only thing that was "decent" was the 2 fish tacos from Rubios. Well, we are off Chipotle. Not only for the food, but for the fact that they are associated with McDonald's. And since we don't agree with Mickey D's corporate marketing to kids, blah, blah, blah, then it makes it easy to cut out that crapola.

Everything in moderation, they say... although I just can't put that so called food in my mouth again. My sisters wonder how I stay thin and what's up with that? First, genetics but at the same time I think I make healthy choices... I'm not saying I'm a nutrition god, I'm just saying I watch what I put in my body and reject mainstream thinking about food. Simple, right?

Well, okay, maybe an Animal Style Cheeseburger from In N out once a month ain't gonna kill me... that fast...
Rambled by Ann Marie at 10:19 AM

been there, done that 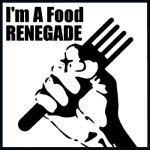 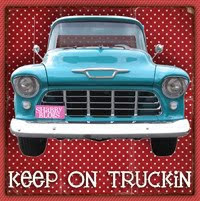