We got up and out later than we wanted to on Tuesday but we just wanted to get to the Grand Canyon before sunset.  At one point during the drive, Route 66 is right next to the highway so when you stop for gas you can check out a little piece of Americana. 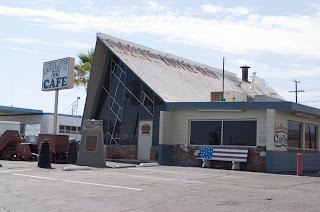 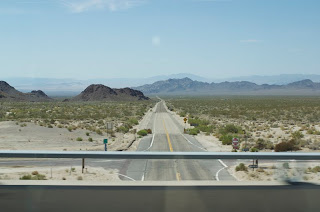 When you leave Barstow, you basically go through the bottom of the Mojave Desert.  Lots and lots of openness and then mountains from as far as you can see.  As we entered Arizona crossing over the Colorado River another thunderstorm was right in front of us providing us with a lightning show and later huge cloud formations. We finally got to the Grand Canyon sometime around 5 so we had plenty of time to see the sunset. 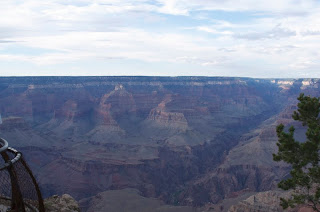 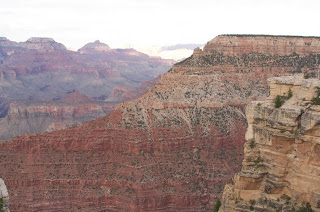 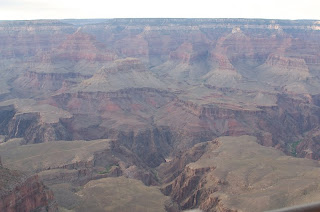 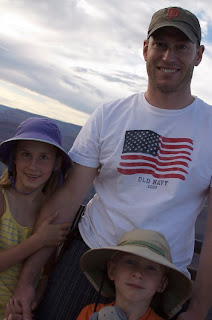 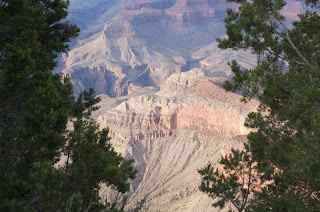 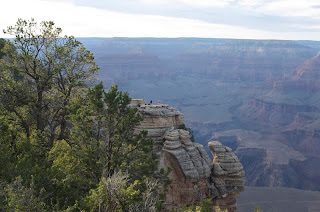 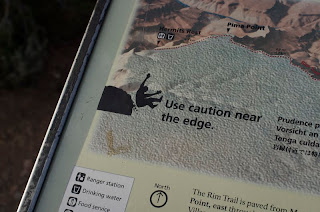 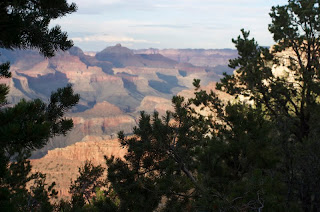